“This tour-de-force from UK Exploding Cinema’s Paul Tarragó is a film in six parts as it chronicles the good and bad dreams of an otherwise indifferent night. Its experimental narrative is as straightforward as it is complex: incorporating stories, science demonstrations and a failing matinee hero.”   Antimatter

Found footage, offcuts and extraneous sequences reassemblage – a gesture to the pleasures of images that move.

More live action and animation, described in the Whitechapel Open screening notes by Andrew Kötting as: “Glorious dreamscape and a dog connection, reminiscent of a bygone era at the dawning of the age of the answer machine”.

Volcano Meets the Press (Super 8, 5 mins, 1996)
The film of the Press action – kinetic reworking of a publicity ploy for the first Volcano Film Festival. 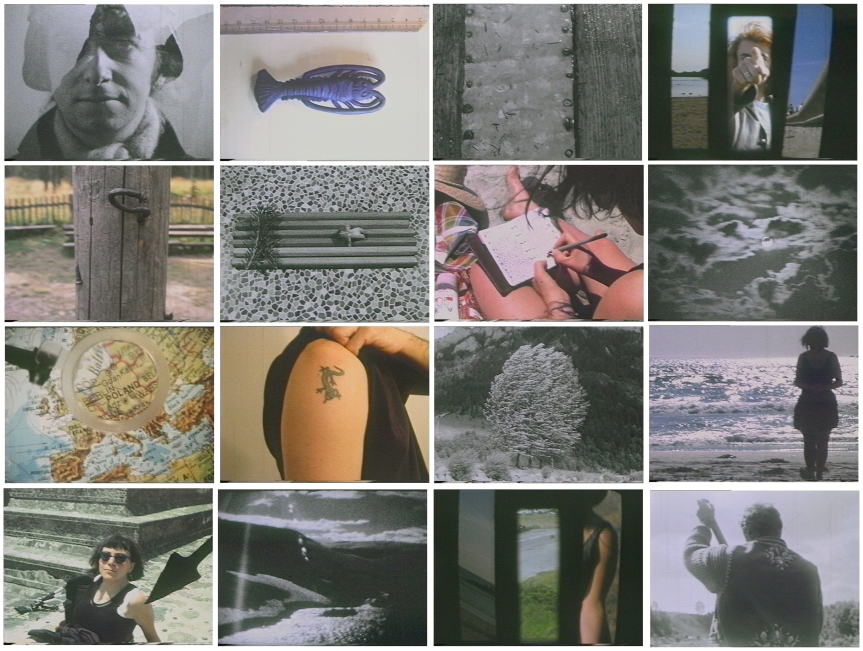 “This short proves that vacation movies can be made entertaining if one just takes the time to edit them. Indeed I found this Super-8 short about the director’s trip across Europe to be rather inspiring, demonstrating how anyone with a little imagination and a papier mache cat can be a filmmaker instead of just a camera operator.”
hybridmagazine.com

A documentary – of sorts – retinted, toned, sped up, slowed down.

A tribute to Marie Menken’s film of the same name – literally a notebook spanning several tomes worth of self-devised techniques – narrative, formal and attacking and sticking things to the film-wise.

The fleeting memories of a melting infant – live action, animation and rephotography (through ice).

Life And How To (16mm, 11mins, 1990)
Experimental narrative exploring a therapist’s relationship with her kleptomaniac patient.