I’d been wanting to make some advert-shaped pieces for a while: lo fi but formally venturesome, spirited but slightly gauche. And then the precarity of my work situation suddenly gave me a subject!
These were made primarily for the web: so bearing in mind the particular constraints around brevity, form, and the frame size at which they’d be viewed…

After a couple of episodes a Canadian friend wrote to ask whether things were okay, which was kind. I explained that, yep, the Fine Art school is closing down, and nope, I had no idea what they were doing with me – but I’m still employed at the moment, and the University occasionally makes reassuring noises, but then again… so it’s kind of a dangling thing. Like Saul Bellow’s ‘The Dangling Man’? Maybe…

*(there is, technically, a thirteenth part: the 39 second teaser trailer, which sets up the premise behind this) 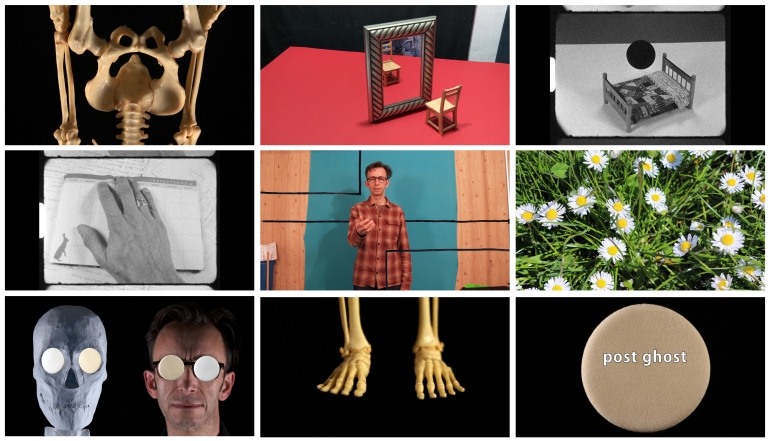 A newsletter meets home movie, made by an experimental filmmaker who was constructing a papier mâché skeleton but whose leg (the filmmaker’s) suddenly went wrong. It got fixed, but (spoiler alert) that’s just kind of incidental.

Possibly a diary but probably not a documentary: this is a play with form, animated with glee, edited with joy. 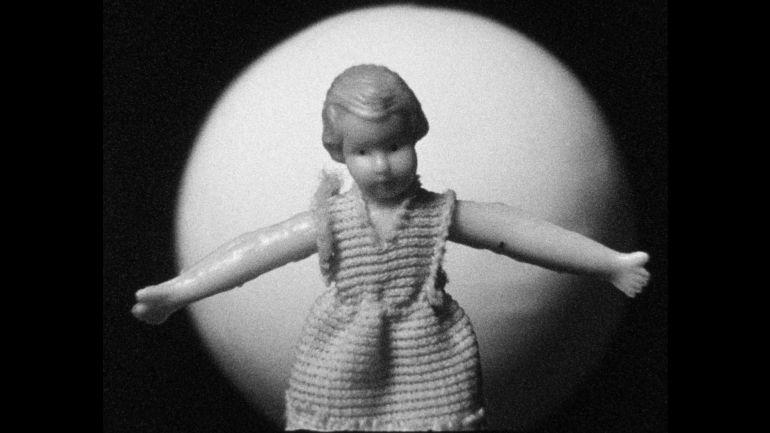 Prestidigitation before the age of the pixel. Very lively stop motion and open shutter piece, all done in camera – but transferred to video for ease of viewing.

My contribution to  the group exhibition 1d for Abroad at TINTYPE gallery: a perky 4 minute consideration (made up) of a whole lot of postcards.

Starting in 2003 I decided to make a series of pieces alongside my regular films, a strand that would constitute an ongoing fictional autobiography. But as all creative work is, to some extent, autobiographical, and as I appear in most of my films, and all the people in these films are who they say they are, then what made this different from the rest – or from real life, really – became kind of blurred. Fuzzy even.

So this is fuzzy fiction – latest in the line. Suitable for All.

Using the Islington Gazette and local pigeons as my guides I strolled, re-strolled, and strolled some more along the Essex Road: updown, downup. Paving stones, buses. Railings railings railings. More buses. Abandoned dummies and mystery blotching on the concrete – is that gum or lichen? – as shadows sundial the day away.

A combination of live action, stop motion and table top animation – my contribution to Essex Road IV draws on the glee of motion through cinematic artifice: a 25 fps flick book of a film.

p.s. The strange spelling of mystic in the title is deliberate. It comes from a translation of Aristotle’s ‘Metaphysics’ where it talks about things being “… as in a riddle, or with a cloudy voice… mistic speech”. Some condensed vapour also features…

Experimental but heartfelt, all fiction + mostly video.
Featuring: phantoms, parakeets, some animation, much smoke, Super 8 hi-jinks, several actors.
This is: an extrapolation from ‘Making things meaningful’ (2003), a deviation from the first paragraph of ‘The Riddle’ (1812), a science fiction story, a fairytale, a consideration of representation and form PLUS several science explorations by the filmmaker. 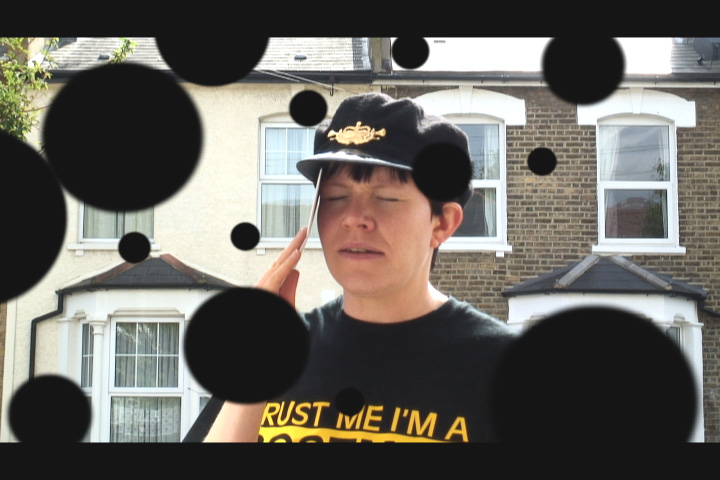 The tenth episode in the ongoing Badger series. Themes? Living in the culture of the copy; originality and ownership; inexplicable illness; life on other planets. And wonder, times seven.